In a recent General Average case (Alize v Allianze Elementar [2019]), the Admiralty Court had to decide whether or not a vessel was legally ‘unseaworthy’ by virtue of a defective passage plan.

Briefly, the Master’s passage plan failed to take account of various Notices to Mariners issued by the UK Hydrographic Office waring of actual depths in a location outside Xiamen China, being less than depths showing on charts, such that the passage plan failed to mark a source of danger or ‘no-go’ areas outside of the buoyed channel to be used by transiting vessels, as it should have done.  The Master took the vessel (a large container vessel called the ‘CMA CGN LIBRA’) outside of the channel, the vessel encountered an unmarked shoal and went aground with cargo onboard in the value of some USD 500m.

Although the shoal was unmarked on the charts (the Owners' defence to cargo interests' refusal to contribute to the GA costs), it was alleged that the Master failed to exercise the necessary due diligence when approving the passage plan in the first place, with the result that the vessel was unseaworthy before and at the beginning of the voyage under the Hague Rules.  In response, the Owners argued that a passage plan is merely a navigation tool and does not affect the seaworthiness of a vessel.

The Judge decided that the vessel was unseaworthy by virtue of the defective passage plan, which plan in turn caused the Master to take the vessel outside of the channel resulting in the grounding.  In arriving at this decision, the Judge found that the passage plan was not prepared in line with the Owners' Safety Management Systems and that had these have been follow, a correct passage plan would have been prepared.  This meant that cargo interests did not have to contribute to the USD 13m GA costs.

To our knowledge this is the first time that the English court has decided that a defective passage plan can render a vessel unseaworthy.

If you would like more information on this legal development please contact Andrew Iyer on: +44 207 1007714, or by email to: [email protected] 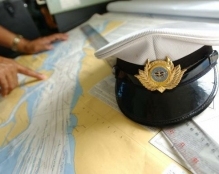