In the Volcafe v CSAV case, the English Supreme Court has recently considered who bears the burden of proof in a cargo claim: the carrier or cargo interests?  The Court has ruled that where goods are loaded on board a vessel in a sound condition but are discharged in a damaged condition, the carrier has the legal burden to prove that such damage was not caused by its lack of due diligence or that a Hague or Hague Visby Rules exception applies so as to relive the carrier of liability.

The decision of the Supreme Court (Lord Sumption giving the leading judgement) is complex but in summary the Court has decided that the Hague / Hague Visby Rules must be considered alongside the English law of bailment.  Because under the law of bailment the carrier as bailee has the legal burden to demonstrate that it did not cause the cargo damage (rather than cargo interests as the bailor having to prove that the carrier did so), that approach has been found to generally apply.

This means that the carrier has to prove on the balance of probability that cargo damage was not caused by its breach of contract, or that it can rely upon a liability exception (as in the Hague / Hague Visby Rules).

Generally, under English law a claimant has the burden of proving its allegations.  In most cargo claim scenarios, cargo interests would pursue a claim against the carrier under the relevant Bill of Lading contract but the carrier would have to prove that it is not in breach of contract or can rely upon a contractual exception.

If you would like more information on this legal development please contact Andrew Iyer on: +44 207 1007714, or by email to: andrew@iylegal.com. 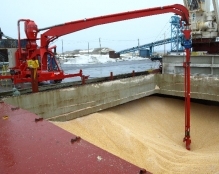