The management and allocation of risk in offshore contracts is generally achieved by means of the inclusion of a “knock for knock” clause.  Pursuant to such a clause, the respective parties agree to undertake responsibility for loss and damage to their own property or for injury or death to their own employees and identified parties.  The basic principles apply irrespective of blame and are intended to save time and expense in connection with casualties.

Under the Supplytime (both the 89 and 05 formats) and the revised Heavycon 2007 contract, the knock for knock provisions are both immediately followed by an exclusion clause in respect of “consequential loss”.

Following a breach of contract under English law, damages are awarded in order to put the innocent party, as far as possible, in the same position as if the contract had been performed as agreed. The types of damage generally recoverable for breach of contract have been divided into what have become known as “direct losses” and “indirect losses”.  It is often assumed that “consequential losses” are necessarily equivalent to, or are a type of, indirect loss.  However, in some contractual situations this assumption is not strictly accurate and contractual construction difficulties have arisen as a result.  This article explains how that misassumption arises in energy construction and supply offshore contracts.

The seminal case of Hadley v Baxendale (1854) 9 Exch 341 gave rise to what has become known as “limb one” and “limb two” of recoverable loss in contract.  The case concerned late delivery of a mill part and a claim for lost profits.  The English court rejected the claim on the basis that the removal company did not know that the speed of its delivery would affect when the mill could restart production.

The rule was subsequently restated in Victoria Laundry v Newman [1949] 2 K.B. 528 and later by the House of Lords in Czamikow v Koufos [1969] 1 A.C. 350.  In Victoria Laundry the type of knowledge which the parties must possess in order for the loss to be recoverable was explained as follows:

“For this purpose knowledge “possessed” is of two kinds, one imputed the other actual.  Everyone as a reasonable person is taken to know the ordinary course of things and consequently what loss is liable to result from a breach of contract in that ordinary course.  This is the subject matter of the ‘first rule’ in Hadley Baxendale…. But to this knowledge.. there may have to be added in a particular case knowledge which he actually possesses of special circumstances outside the ‘ordinary course of things’ of such a kind that a breach in those special circumstances would be liable to cause more loss.  Such a case attracts the operation of the ‘second rule’ so as to make additional loss recoverable.”

Indirect losses, or ‘limb two’ losses, therefore, can only be recoverable in English law if the party in breach had actual knowledge which rendered him aware at the time the contact was concluded that such a loss would result from a breach.  However, the party in breach need not be aware of the exact scale of the loss.

Definition of the term “consequential losses”

According to MacGregor on Damages:

The difficulty is that this distinction between ‘consequential loss’ and all other loss, is NOT the same as that between the first and second limbs in the Hadley v Baxendale rule; ie “Consequential” loss may well fall within the first limb as a direct loss which was a natural consequence of the breach.  It is therefore strictly inaccurate to say that the Hadley v Baxendale second limb covers only and every ‘consequential’ loss.

Allocation of risk for consequential loss in offshore contracts

Recent interpretations of the term “consequential loss” in exclusion clauses have rendered the presumed scope of certain ‘knock for knock’ clauses less wide than many parties may have assumed was the case.  Parties can still be found liable to meet certain “consequential losses” in offshore contracts provided that the loss is deemed to be incurred as a ‘direct’ loss following a breach of contract, regardless of the application of a ‘knock for knock’ regime.  Loss of profit is an example of this.

English courts will construe exclusion and limitation clauses strictly against the party seeking to rely upon them pursuant to the ‘contra proferentem’ rule.  In the context of consequential loss clauses in offshore contracts, the contra proferentem rule can have quite dramatic consequences.

In Croudace v Cawoods [1978] 2 Lloyd’s rep 55 the relevant clause at issue in the case provided: “we are not under any circumstances to be liable for any consequential loss or damage caused….”.  The Court of Appeal held that the word ‘consequential’ did not cover any loss which directly and naturally resulted in the ordinary course of events from late delivery.

The reasoning adopted in Croudace v Cawoods has been followed in a number of more recent authorities.  In Addax v Acadia [2000] 1 Loyd’s Rep 493 a clause provided that: “in no event shall seller or buyer be liable for indirect or consequential damages.”  It was held that ‘hedging costs’ incurred were recoverable as direct losses and were not consequential loss.

In British Sugar plc v NEI Power Projects (1998) 87 BLR 42 CA, faulty power station equipment supplied by the defendant led to increased production costs and loss of profits for the claimant.  It was held that in the particular circumstances of that contract those losses beyond the normal loss did not fall within an exclusion of liability for “consequential” loss and were recoverable as direct losses.

“Consequential Damages: Neither party shall be liable to the other for and each party hereby agrees to protect, defend and indemnify the other against any consequential damages whatsoever arising out of or in connection with the performance or non-performance of this Charter Party including but not limited to, loss of use, loss of profits, shut-in or loss of production and cost of insurance.”

The above exclusion clause has been considered by an arbitration tribunal (see 2002 LMLN 585 17 April 2002).  Owners contended that clause 12(c) was clear in that it excluded liability for consequential losses and they argued that the type of losses claimed (salvage expenses) were typical of consequential losses.

The tribunal held that the majority of damages claimed related to the loss of use of equipment rented by the charterers and of personnel connected thereto and that they would be excluded by the words “loss of use” in clause 12(c).

Clause 12(c) Supplytime 89 has therefore received a less restrictive interpretation than other consequential loss exclusion clauses addressed above.  Notwithstanding this arbitration decision, in my view, in light of the above discussed line of cases, there remains a good chance that a court/tribunal could decide that Clause 12(c) does not operate to exclude recovery of damages in respect of loss of use, loss of profits, production, shut in or cost of insurance if it could be said that in the particular circumstances of the contract those losses were “direct” or that the losses could be said to have naturally resulted from the particular breach.

In my opinion any party seeking to rely on Clause 12(c) should be forewarned.  If the parties wish to exclude recovery for all loss of profits, production insurance costs etc, including all such losses which could possibly be termed a “direct” loss of profits, then this needs to be clearly stated and the above clause amended to reflect this intention by inclusion of the word “direct” loss.

Clause 12(c) of Supplytime 89 has been replaced with Clause 14(c) in the Supplytime 2005 version.  The obligation is extended both to claims under knock for knock and performance claims under the charter party.

Neither party shall be liable to the other for any consequential damages whatsoever arising out of or in connection with the performance or non-performance of this Charter Party and each party shall protect, defend and indemnity the other from and against all such claims from any member of its Group as defined in Clause 14(a).

‘Consequential damages’ shall include, but not be limited to loss of use, profits, shut in or loss of production and costs of insurance whether or not foreseeable at the date of this Charter Party.”

Clause 23 of the Heavycon revised 2007 version is identical to Clause 14(c) Supplytime 05 above.  Clause 23 is a new clause introducing a Consequential Damages Clause for the first time into Heavycon contracts.

Clause 14(c) Supplytime 05 and Clause 23 Heavycon 07 are more broadly worded than Supplytime 89 clause 12(c) and the Towhire/Towcon clause 18.3.  I think that the reference in the final sentence to the exclusion of consequential losses “whether or not foreseeable” could be interpreted as being intended to exclude direct consequential losses as well as those falling under limb 2 of Hadley v Baxendale.  In my opinion it is quite possible that a tribunal or court could reach the view that inclusion of all loss of profit that was ‘foreseeable or not’ must necessarily include losses falling within the first limb of Hadley v Baxendale as well as those falling within the second limb.  The lack of any reference to “any other direct losses” (in contrast to clause 18.3 of Towcon) would tend towards such an interpretation.  However, there is still a risk that given that the specific term used in those clauses is “consequential loss”, then based on the above discussed line of cases and on the eiusdem generis rule, a court/tribunal may interpret the clause as excluding only limb two losses and not any losses falling under limb one assuming they are “direct” or natural losses.

I would therefore advise any party intending to rely on these clauses and wishing to protect itself from liability for all loss of profits, loss of production, insurance, shut-out costs etc., to insert an amendment into clause 14(c) Supplytime 05 and/or clause 23 Heavycon 07, referring specifically to all losses of production, profit, insurance etc., whether foreseeable or not and whether ‘direct’ or indirect loss.  In my view, use of the term “consequential losses” alone in such a clause remains too ambiguous and uncertain.

For more information about IY LEGAL and the legal services we can provide, please visit www.iylegal.com or call Andrew Iyer on +44 207 1007714, or email him at: andrew@iylegal.com 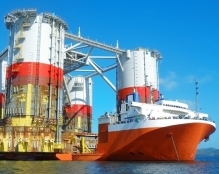