We report on some recent English Court decisions affecting the Insurance, Shipping & Trade and Energy sectors.

In December 2015, we reported on the decision of the Court of Appeal in the ‘Merwestone’ case [Versloot Dredging BV v HDA Gerling and others, DC Merwestone] which established an absolute rule that an assured who tells a lie or relies upon false evidence to support an otherwise valid insurance claim, will forfeit the claim entirely.  In other words, even if the lie or false evidence is immaterial to the insurance claim, an underwriter or insurance company will be able to successfully deny cover.  In an unexpected landmark decision of the Supreme Court, that ‘fraudulent device rule’ has now been abolished.

The Supreme Court has ruled that there is a difference between a ‘fraudulently exaggerated claim’ and a ‘legitimate claim supported by a fraudulent statement or evidence’.  A majority of the Supreme Court took the view that it was “a step too far” and “disproportionately harsh” to deprive an insured of a valid claim just because of fraudulent conduct that does not affect the legitimacy of the claim in the first place.

It remains the case that an insured will forfeit a fraudulently exaggerated claim (now given statutory effect by the Insurance Act 2015).

This very recent and, frankly, unexpected decision of the Supreme Court will leave insurers wondering why an accepted deterrent against fraudulent claims has been abandoned by the English Court?

‘Termination of a charterparty for non-payment of hire’

English law has been in a state of confusion whether non-payment of hire under a charterparty is breach of a 'condition' giving the owner a right to terminate for repudiation, or not?  In Spar Shipping AS v Grand China Logistics Holding (Group) Co Ltd [2016] the Court of Appeal has settled the matter by deciding that non or late payment of hire is not beach of a condition.  This confirms the previous position under English law before confusion was introduced by the earlier Spar Shipping decisions.

It is still the case than an obligation in a charterparty requiring hire to be paid on time as an express condition of the fixure will be treated as a condition if that is the clear agreement between the parties.

Whilst this clarity from the Court of Appeal is welcomed, it does highlight another important issue for parties to navigate. Where an owner has an express right in a contract to be paid a certain sum on time, breach of which obligation triggers a contractual right to terminate, there is a risk under the Spar Shipping decision that the Owner’s claim will be limited to that unpaid sum.  In contrast, if a claim can be made for breach of a condition in the usual way, wider damages for the remaining charter period can be claimed.

Therefore, owners and their lawyers need to think through the potential limitations of drafting hire payment clauses with express termination rights – which at first glance might appear the right thing to do in view of the recent Spar Shipping decision but which might result in unexpected consequences for damages claims.

The Privy Council has recently decided that a shipowner can contract-out of its right to limit its liability provided by the 1976 Limitation Convention.

As is widely known, where the 1976 Limitation Convention applies (or a similar limitation regime; and these conventions are in wide use around the world) an owner can limit its liability for certain marine casualties and other claims based upon the tonnage of the vessel.  The Convention is a key factor in very many marine casualties and will generally significantly curtail the overall liability of an at fault Owner and its insurers.

In Bahamas Oil Refinery Co Int v Cape Bari [2016], the MV Cape Bari collided with a berth in Grand Bahama.  The Owners of the berth argued that by a ‘Conditions of Use’ contract it had with the Owners, by which the Owners agreed to indemnify the berth operators for any loss or damage without limitation, the Owners had effectively waived their right to rely upon the 1976 Limitation Convention which otherwise applied.

The Privy Council held that in principle that Convention could be excluded as there was nothing in the wording preventing that from being agreed.

Generally in shipping Owners and their insurers expect to benefit from applicable limitation conventions.  This important decision highlights how valuable limitation rights might be inadvertently lost by an Owner through a side agreement which, initially, might not be understood to impact upon limitation at all.

‘The meaning of: Commencement of drilling’

Following an earlier line of authority and adopting the ‘ordinary meaning of words’ approach to be generally followed when construing contractual provisions (confirmed in 2015 by the Supreme Court in Arnold v Britton), the Court decided that commencement of drilling took place upon the spudding of the well; ie the physical penetration of the seabed.  This was considered to be the ordinary and natural meaning of the phrase.

It was argued that the expression in a commercial environment must mean when the rig was mobilized, but the court did not consider that it was necessary to abandon the ordinary and natural meaning of the expression in favour of a commercial approach – thereby following the more limited scope for ‘factual matrix’ and ‘commercial common sense’ tests introduced by Lord Neuberger in Arnold & Britton.

If you would like more information about these reported cases and legal developments, please contract Andrew Iyer at: [email protected] or on +44 (0)207 1007714.

For more information about IY LEGAL and the legal services we can provide, please visit:  www.iylegal.com 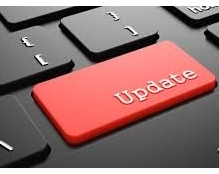