LMAA Arbitration success for IY LEGAL and its Shipowner client

IY LEGAL has recently won a LMAA Arbitration for a Shipowner and recovered significant damages, interest and costs.  The case involved the wrongful cancellation of a voyage charterparty by a Charterer, very shortly after the fixture was concluded, were the lost fixture was well above the market rate.  The case also involved a claim for damages under the MTM Hong Kong principles.

The disputes between the Owner and the Charterer concerned the extent of the Owner’s obligation to mitigate its loss by securing a replacement market price fixture; whether that duty could be discharged by the Owner (which is also a commodity trader) fixing the vessel to perform an ‘in house’ voyage; and whether the Owner was able to recover damages for lost ‘knock-on’ business as a result of the vessel being out of position at the end of the mitigation voyage?

The Charterer argued that there was better replacement business available that the Owner could have secured if it had tried harder to do so; that the in-house fixture was contrived and therefore illegitimate; and that no loss was suffered by the Owner beyond loss of profit from the cancelled voyage – which the Charterer argued was negligible, anyway, as the market was generally rising.  The Tribunal found in the Owner’s favour on all of these points, rejecting the Charterers’ various arguments.

The Tribunal found that the Owner had acted reasonably by fixing the vessel to perform an in-house voyage at about the prevailing market rate for such vessels at the time, based upon expert evidence of comparable freight rates.  Notably, the Owner was not required to search out the very best replacement fixture in the market or undertake a completely different geographical range voyage from that intended.  It was enough to re-fix the vessel at about the prevailing market rate, with the Owner being given some 'benefit of the doubt' leeway.  The Tribunal found that there was nothing wrong with re-fixing ‘in-house’ on that basis.

The Tribunal also accepted the Owner’s case that because the mitigation voyage ended in the Eastern Mediterranean rather than in Morocco (under the cancelled fixture), the vessel was ‘out of position’ and was thereby delayed rotating back to the US Gulf to load her next expected profitable cargo.  The Owner was entitled to the lost profit it would have earned on the vessel’s intended subsequent USG – Med voyage.  This head of damages follows the 2016 decision of the Commercial Court in the MTM Hong Kong, where it was held that an owner is, subject to certain qualifications, entitled to be compensated as well for a different kind of loss other than just for loss of profit from the cancelled fixture; including losses sustained as a result of the vessel completing the substitute voyage at a port some distance from the discharge port under the cancelled fixture.  The MTM Hong Kong decision recognises that the end of voyage location of the vessel is a central part of the bargain agreed by an owner when fixing, so that if an owner can prove losses from disruption caused to the vessel’s future trading pattern, as a result of the vessel ending up somewhere else, which are adequately predictable, then these are recoverable in principle.

IY LEGAL represented the successful Owner in the Arbitration, without Counsel. 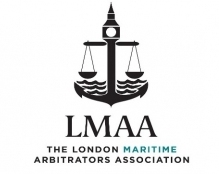