In recent years the obligations upon an insured to provide relevant information to an insurer when applying for, or renewing an insurance policy, and the entitlement of an insurer to avoid cover and claims as a result of ‘non-disclosure’, have been reviewed by the Law Commission and amended by statute – in part to reflect modern practices, but also to address what was widely perceived as an unfair imbalance between insurers and insureds in favour of the underwriting markets.

These changes in law affect both Consumer insurance and Business insurance, but have been introduced into English law by separate, staggered statutes.  The most recent of these – concerning Business insurance – will come into force in August 2016, so now is a good time to recap the changes and the law and how Consumers, Businesses and underwriters are affected.

The Consumer Insurance (Disclosure and Representations) Act 2012, which came into force in April 2013, addresses what is still the most problematic area for an individual when buying any form of insurance cover – what information to provide to the insurer and what remedies are available to the insurer if the information that is provided is wrong?

Overall, the Consumer Insurance Act (as it is usually, and more succinctly, labelled) regulates the following key areas of consumer insurance contracts:

•    it replaces the traditional principle of ‘utmost good faith’ with ‘a duty by the consumer to take reasonable care not to make a misrepresentation to the insurer’;

•    it provides examples of what should be considered when establishing whether a consumer has, or has not, taken such reasonable care;

•    it removes the right for a representation to be converted into a warranty in the policy documents (thereby preventing an insurer from avoiding a policy based upon a non-disclosure that was not material but becomes a term of the contract); and

•    it establishes a criteria for determining whether an agent is acting for consumer or insurer.

Consumer insurance is defined as any insurance bought by individuals which "is wholly or mainly for purposes unrelated to their trade, business or profession” and will include mix purpose policies which cover both private and business use where the main purpose of the cover is for private use.  For instance, pleasure yacht insurance which includes a limited amount of occasional charter use would be treated as consumer insurance, but yacht charter insurance that also covers private use by the owner, would not be.

As a result of this modification to the previous longstanding obligation of ‘utmost good faith’, a consumer is no longer required to disclose all material facts, or volunteer relevant information when applying for insurance.  Instead, a consumer must respond honestly and with reasonable care to questions specifically asked by the insurer.

Whether a consumer has taken reasonable care when answering questions depends upon the particular circumstances, but will be influenced by certain factors outlined in the Act, including how clear, general or specific the insurer’s questions are and whether or not the consumer was assisted by a broker.  This is why many insurance proposal forms now contain extremely detailed, specific questions, as insurers try to reduce the risks of an inaccurate answer to a general question nevertheless being regarded by a court as reasonable.

If there is a misrepresentation by an insured, then: if it was deliberate or reckless, the policy can be avoided by the insurers and claims refused, with no refund of premiums paid; or if it was careless, then the policy will be amended based upon what the insurer would have done if the question had been answered correctly – including cancelling the policy if it would not have been written at all, but with a return of premiums paid.

Without doubt this shift from utmost good faith to reasonable care is fundamental, but even before the Consumer Insurance Act came into force the trend for some time had been away from the rigorous disclosure obligations placed upon an insured by the Marine Insurance Act 1906 (the previous Statute based law in this area).

The Insurance Act 2015 will come into force in August 2016.  Together with the Consumer Insurance Act, these new statutes are the most significant changes to English insurance law for over 100 years, replacing in very large part sections of the Marine Insurance Act 1906 (although the MIA 1906 has not actually been repealed).

In the area of utmost good faith/non-disclosure, the Insurance Act 2015 will regulate business insurance contracts and policies.  Unlike the changes introduced into consumer insurance, business insureds will continue to have an obligation to volunteer information to insurers as part of a duty to make a fair presentation of the risks involved.  Specifically, by section 3(3)(b) of the Act, a business insured must provide this disclosure of relevant information “in a manner which would be reasonably clear and accessible to a prudent underwriter”.

Exactly what information and how much of it has to be disclosed and, perhaps more importantly, what reasonable internal searches for relevant information an insured must undertake (and shall, therefore, be deemed by the Act to have knowledge of), depend upon the management structure and size of the particular business, but the obligation is likely to be interpreted widely by courts as the requirement to put an insurer ‘on notice’ will continue.

It is not all one-way traffic, however.  The Act places a duty of inquiry on the insurer.  It is assumed that an insurer will be aware of: relevant matters known to its employees or agents if such matters ought reasonably to have been passed on or reported; relevant information held by the insurer; things that are common knowledge; and things that ought to be known to an insurer offering cover in a specialist field or area, such as marine; international trade; energy; etc.

If the misrepresentation or non-disclosure is deliberate or reckless, then the insurer will be able to avoid the policy, refuse claims and refuse to return any paid premiums.

If accurate / complete disclosure by the insured would have resulted in no policy being offered by the insurer, then the policy will also be capable of being avoided, but with a return of premium.

If a policy would have been offered but at a higher premium, there is a basis for scaling down the amount of a claim to reflect the under payment of premium.

When considering what an insurer would have done had he been provided with accurate / complete disclosure, rather than inaccurate information or non-disclosure, a view will be taken from the perspective of the particular insurer; ie the test will be subjective and not what a reasonable insurer might or might not have done.

These changes to the disclosure obligations upon insureds under English law will apply to all forms of insurance subject to English law.  Whilst the obligations upon Consumer and Business insureds will be markedly different, the changes, including the remedies available to insurers for misrepresentation or non-disclosure, are and will be significant for those seeking and providing private, domestic, commercial and specialised insurance products. 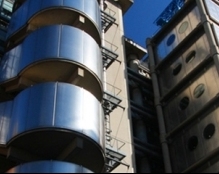