Home > Oral amendments to a written contract - a new restriction

Oral amendments to a written contract - a new restriction

In the recent case of Rock Advertising v MWB Business Exchange Centres [2018], this point of law was considered by the Supreme Court, which decided that if a clause in a written contract is stated to be capable of amendment only in writing, an oral amendment agreed by the parties was of no effect.

This is a noteworthy decision by the Supreme Court because written contracts often contain clauses preventing amendments other than in writing.  Parties will no longer be able to short-cut such restrictions by subsequent oral agreement.  The decision is helpful in that it creates certainty that a ‘non oral amendment’ clause in a contract ‘means what it says on the tin’!

If you would like more information on this legal development, please contact Andrew Iyer on: +44 207 1007714, or by email to: andrew@iylegal.com. 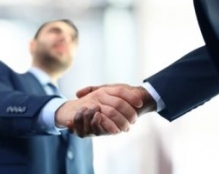