There are many forms of English law arbitration available to participants in shipping and international trade, including popular rules and procedures offered by the LMAA, the ICC and the LCIA, as well as trade association arbitration terms such as those offered by GAFTA and FOSFA etc.  Often, parties pay little or no attention to the type of arbitration clause in the charterparty or international sale contract they are concluding, or assume that they are all the same.  In many ways, the best know and commonly used forms of arbitration are centrally similar in operation.  However, the cost consequences can be very different, as clients sometimes discover when entering into an unfamiliar form of arbitration.

The very popular ICC arbitration scheme, for instance, sets the costs of the arbitration relative to the amount in dispute, using its notorious ‘Costs Calculator’; the more in dispute, the higher are the arbitration costs to the parties, which costs generally have to be advanced up-front.  Contrast that with, say, the LMAA Small Claims Procedure which is designed to truncate a dispute and curtail the costs involved.  Similarly, where an arbitration clause involves an administrative body (such as the LCIA) as well as the appointed arbitrators, there will inevitably be an additional layer of significant costs for the parties to meet.

Whether a dispute requires a sole arbitrator or a 3 persons tribunal, or the involvement of a separate administrative body in addition to the appointed arbitrator(s), depends upon many factors, including the attitude and experience of the parties, as well as what is common practice/accepted in the relevant market sector.  Where trade is conducted on standard form sale contracts which contain specific arbitration provisions (eg SCoTA), there may well be no practical opportunity to discuss the form of arbitration with the counter-party.  Nevertheless, quite often parties wishing to refer their contract disputes to arbitration under English law, could both simplify the process and reduce the costs involved, by avoiding the more bureaucratic, costly forms of arbitration.

We have prepared examples of 2 sets of arbitration clauses for use in charterparties and international sale of goods contracts, which are geared towards avoiding the involvement of trade or arbitration associations to reduce arbitration costs.  These clauses are all subject to English law.  Generally, it is hard to find a better system of law under which to resolve shipping and trading disputes in our experience, so that whenever possible, we recommend that parties make such agreements subject to English law.

Dispute resolution clauses for use in Charterparties (voyage, time, COA) and Bills of Lading

“This agreement is subject to English law.  Any dispute arising hereunder or in connection herewith shall be referred to arbitration in London in accordance with the prevailing rules of the LMAA.  The LMAA Small Claims Procedure in force at the time the dispute arises shall apply to a dispute for an amount which does not exceed USD 50,000.”

By this clause, disputes will be subject to English law and arbitration in London under the familiar LMAA scheme.  In the shipping sector it makes sense to utilise LMAA arbitration – which, unlike the ICC etc, does not add an extra layer of administration costs and has fairly reasonable rates for arbitrators.  In this example, Arbitrators would be members of the LMAA (usually marine/shipping lawyers or experienced men/women from the shipping sector).  There would be 3 arbitrators, 1 chosen by each party and the third by the 2 so chosen, unless the parties specifically agreed a sole arbitrator (which they would not be obliged to do).

For any dispute up to USD 50,000 the LMAA Small Claims Procedure would apply.  This provides a lower cost scheme for disputes, before a sole arbitrator, with a curtailed procedure/timeframe and a max 1 day hearing.  It is suitable for straight forward ‘debt recovery’ type disputes where the amount at stake is not particularly large. Often a USD 50,000 limit is specified, but parties can agree whatever limit they prefer.

“This agreement is subject to English law.  Any dispute arising hereunder or in connection herewith shall be referred to a sole arbitrator in London in accordance with the prevailing rules of the LMAA.  The LMAA Small Claims Procedure in force at the time the dispute arises shall apply to a dispute for an amount which does not exceed USD 50,000.”

Different people have different views about whether a 1 or 3 x persons tribunal is best.  Some clients focus on the importance of ‘appointing their own arbitrator’ so opt for a 3 x persons clause.  In our experience, just because you appoint an arbitrator it does not follow that he/she will favour your case; indeed, they are not supposed to, being impartial regardless who appoints them!  If a sole arbitrator clause is used, he/she will either have to be approved by both sides, or independently appointed by the very competent LMAA, so that in our experience, for the vast majority of cases the costs savings of an arbitration before a LMAA sole arbitrator generally outweigh any perceived advantages of a 3 x persons tribunal.

Dispute resolution clauses for use in International Trade/Commodity Contracts:

“This agreement is subject to English law.  Any dispute arising hereunder or in connection herewith shall be referred to a sole arbitrator in London pursuant to the UK Arbitration Act 1996.  The arbitrator shall be a practising or retired English solicitor or barrister, or retired judge with relevant experience.”

“This agreement is subject to English law.  Any dispute arising hereunder or in connection herewith shall be referred to three arbitrators in London pursuant to the UK Arbitration Act 1996.  The arbitrators shall be practising or retired English solicitors or barristers, or retired judges with relevant experience.”

These clauses are the same in that they are subject to English law and refer disputes to arbitration in London. However, they do not incorporate any arbitration association or trade body ‘arbitration rules’ (such as the ICC, LCIA etc).  Instead, they make the arbitration subject to the Arbitration Act 1996, which statute provides a complete, familiar scheme for English law arbitrations.  The advantage of this approach, rather than opting for say ICC or LCIA arbitration, is that the parties are much freer to curtail the procedure and the costs of the arbitrators - who can agree fees individually, which generally results in lower costs.

When adopting this approach, it is advisable to appoint legally trained arbitrators who will be familiar with the Arbitration Act 1996 and how to run an arbitration absent a central administrative body; hence the reference to the arbitrators being lawyers – which in any event is a sensible approach as almost always trading disputes involve law and contract interpretation issues. 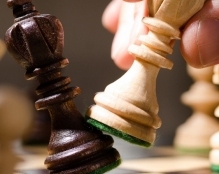