Home > Striking out a claim for failure to provide disclosure

Striking out a claim for failure to provide disclosure

These days, complying with procedural court orders is taken very seriously by the English Court, but it remains rare for a case to be struck out because a party has failed to provide disclosure.  However, in the recent Commercial Court case concerning the MV Brillante Virtuoso, the Judge struck out the Owners’ claim for failure to disclose documents stored on the Manager’s computer system.

The case concerned the vessel becoming a constructive total loss after an explosive device was detonated on board the vessel.  The Owners claimed this was an act by pirates in the Gulf of Aden and brought a total loss claim against the vessel’s insurers.  Amongst arguments of wilful misconduct by the Owners, the insurers alleged a separate conspiracy between the Owners and the Charterers to defraud the Chinese authorities into applying a lower cargo import duty and based upon that ‘fraudulent device’ sought to avoid cover altogether.

The Judge ordered the Owners to disclose documents stored on computers within their control, which they ultimately refused to do, and the Judge finally struck out the Owners’ claim in full on that basis.

The circumstances of this case suggest a dishonest Owner, but it nevertheless stands as a remidner that the Court will impose the ultimate sanction in appropriate circumstancs if important procedural orders are not complied with. 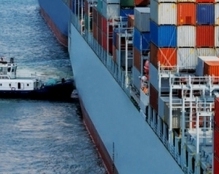